Incamazonia is the first production of Jungle Doc Productions. More than a documentary, it is a real adventure film devoted to the research and discoveries of Thierry Jamin, French researcher and explorer, and his team in the Peruvian Amazon, in the footsteps of this Grail of South American archeology. 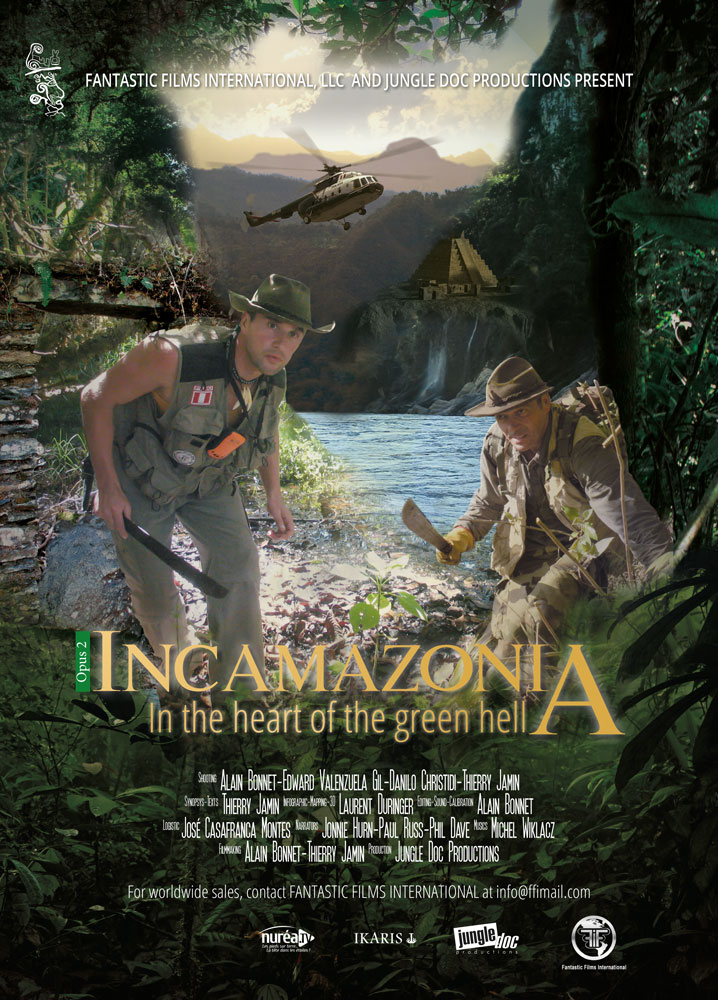 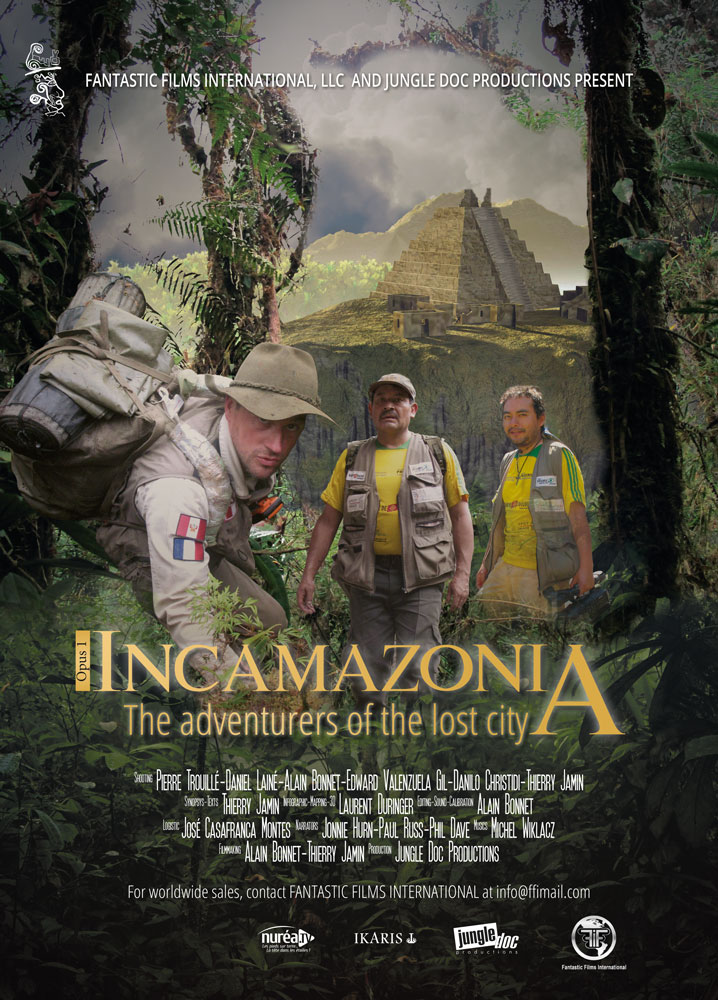 And if we were going to live soon the time of the discovery of the most mythical lost South-American cities?

For more than twenty years, Thierry Jamin, a French researcher and explorer, has tirelessly walked down the Amazonian forest in the footsteps of Païtiti, the great Incas lost city. In Peru, its name still sounds like the synonym of an Eldorado, lost somewhere in the forest, in the shadow of the snowy peaks of the Andes.

Our documentaries are distributed by Fantastic Films International.

This movie, with original and unpublished images, co-directed by Thierry, a real guarantee of authenticity, presents twenty years of expeditions in the Amazonian green hell, in the south-east of Peru. This is a close-knit team human adventure, who dares to explore places where nobody has ever gone. A documentary with recurring characters, colorful and strong personality, excited and willfull, boosted by the difficulties they overcome one by one, eager to share their happiness after discovering a sign leading the team closer to the city of Paititi.

Entitled “Incamazonia, the adventurers of the lost city“, the first opus relates the expeditions of Thierry Jamin since his first steps in the explorer career, until the year 2012. The discoveries, the joys, the disappointments, the betrayals and twists are not lacking! With a duration of 1h29, on prodigious music by Michel Wiklacz, this documentary was presented to the public as part of private screenings in a few cinemas during the last quarter of 2019, screenings during which he met a great success.

The second opus entitled “Incamazonia, in the heart of the green hell“, relates the expeditions of Thierry Jamin and his companions from 2010 to 2014, in the valleys of Lacco-Yavero and Chunchusmayo and in the Megantoni jungle. Breathtaking movie sets, uncovered archeological sites that you probably have no idea, joys, sorrows, and ultimately the conviction that the major discovery is at the end of the road. With an exceptional music of Michel Wiklacz, this documentary looks like the first opus, like a real adventure movie. Except that this is not a fiction!